EN - Pierre Clemens’ (Brussels 1970) interest for the idea of landscape arose from a study trip to Athens in the mid-nineties. Back then, in a street, he came across a huge pile of architectural plans from the 50s and 60s. He was immediately drawn to them and took a few with him. Soon afterwards, he developed a series of interventions on these transparent layers, leaving his imprint upon those which the architects had themselves left upon the city. With this gesture, Pierre Clemens lays the foundation of a reflection on landscape as an idea, that is, as a representation of what is visible or might become visible, either through technical or artistic mediation. This simple gesture is also a radical one: it asks the question of the transition realized during the Renaissance from the idea of land to the highly aesthetic one of landscape, a transition enabled by the artist, in particular through his gaze and his pictorial work. 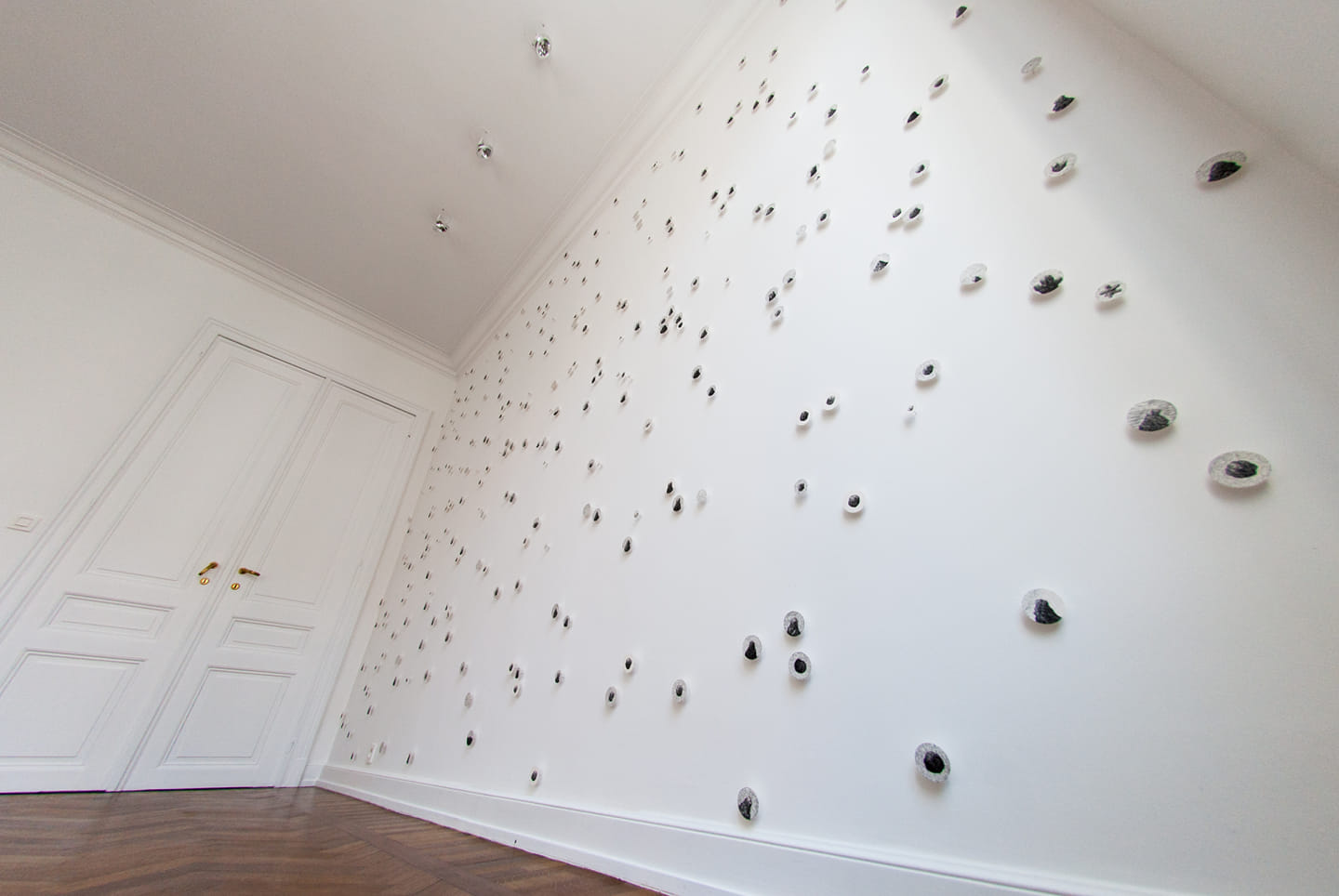 Since then, the notion of landscape has outgrown the bounds of the pictorial to become, as the excerpt quoted above makes clear, a dynamic operation that problematizes our perception of the multiple parameters and co-existing objects and histories which, through their successive layers, develop this “deep surface” of the landscape.

The work of Pierre Clemens deals with this question of perception: the “worlds” that he develops in series of subtle variations can take the form of highly compressed horizons, otherwise incommensurable to the beholder, or the sudden dilatation of hitherto invisible aspects of reality. Similarly to the sculptures of Anish Kapoor, which throw back to the viewer his distorted perception of reality, Pierre Clemens’ pictorial work plays on the false opposition between natural and man-made landscape, between accident and calculation, and demonstrates the quasi-tautological correspondence between the two.

However, the work of Pierre Clemens does not restrict the question of perception to these theoretical considerations but explores its sensory and corporal dimensions as well. Hence, in his in-situ installations, one observes the use of visual strategies developed by pioneers of Optical Art such as Vasarely or Buren, which produce oscillating and vibratory effects upon the viewer, including vertigo, the repetition of a pattern and its expansion in space destabilizing the viewer’s gaze and his hold upon physical reality.

In this respect, Clemens’ work explores the psycho-physiological dimension of landscape, the effects that it produces on the senses, and thereby asserts the importance of the viewer, of his body, in relation to landscape. Far from being only an object of visual contemplation, landscape is an event singularly occurring in the body of those who are exposed to it.

From this point of view, the key, exciting contribution of the work of Pierre Clemens is question our perception of reality by exposing us to the dynamic effects of the many landscapes produced by society. These landscapes, which have become more complex, instable, resulting from a chain of technical mediations that are hard to trace, Clemens does not attempt to represent them – rather, he attempts a synthesis, a silent and economical compression, then orchestrates its dilatation in space, exposing us to the effects.